There are three major classifications of Social Network Advertising: 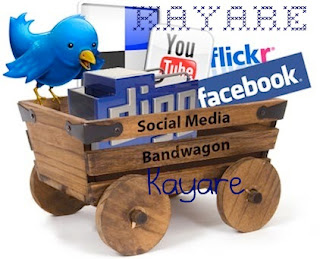 KAYARE
Posted by Our Business Development at 07:38 No comments:

The  most common ways in which online advertising is purchased are CPM, CPC, and CPA. 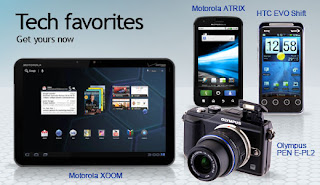 Represented By:   Ahmed Kayare
Posted by Our Business Development at 07:20 No comments:

In Business Risk And Profit Are parallel togather.

What Does Commercial Loan Mean?A debt-based funding arrangement that a business can set up with a financial institution. The proceeds of commercial loans may be used to fund large capital expenditures and/or operations that a business may otherwise be unable to afford.
Due to expensive upfront costs and regulation related hurdles, smaller businesses do not typically have direct access to the debt and equity markets for financing purposes. Therefore,  they must rely on financial institutions to meet their financing needs.
Similar to consumer credit, businesses have a variety of lending products to choose from. A line of credit, term loans and unsecured loans are just a few examples. However, small businesses should shop around at different institutions to determine which lender offers the best terms for the loan.

Represented by Donald Mac
Posted by Our Business Development at 05:11 No comments:

Bussiness Development It is All About Timing

have their own pace. To bring one to life, you have to figure out what that pace is, and match it. If you try to push it faster, you're going to alienate the person on the other side of the table. If you're too slow, or unresponsive, you're going to have the same result. The trick is to get it right.
There aren't any hard-and-fast rules for this. A lot of it is instinct, judgment and experience. That being said, however, almost everyone can figure out how fast to try to go. You simply have to pay attention, and more importantly, get your own ego out of the way. The deal is not about what you want. It's about what your opposite number wants, and whether/how what you're offering can deliver it. They're going to work at their own pace, and in their own way.
An example: I have been working on a large project that's been incubating for six months. The company we're in discussions with moves very slowly, very deliberately. They build consensus, and they're in a conservative industry. This project would be a big step forward for them, and would involve business models that are new to them.
Trying to get them to move quickly would be a mistake. It would also probably be impossible. However, it's also very possible for this project to sit and collect dust until it was institutionally forgotten. We need to gently remind them that we're out here without pushing them.
The solution? We're going to offer them some help. Because the technology and the business model at issue are new, and unfamiliar to them, they  're almost certainly having some challenges in analyzing the potential of this project, and the regulations and laws they need to be aware of. We're experts at this, and can help them think these issues through more quickly and more thoroughly.
This offer has two purposes. The first, of course, is to help them untie this know. The second, though, is to gently, politely remind them that we're out here. Nothing more aggressive than "Hey, don't forget about us." Anything more would be pushing too hard, but we cannot at this stage afford to to let them forget us.
Not too fast. Not too slow. Timing is everything.

Represented by AHMED ABDISAID ADEN kayare
Posted by Our Business Development at 04:02 No comments:

A top 10 list for all the risk-takers among us 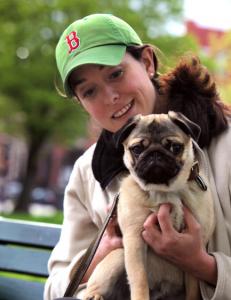 1) Save money before you quit.
2) Expand your network.
3) Lower your cost of living.
4) Be willing to do it all.
5) Consider generating supplemental income.

7) Let others help spread the word.

8) Don’t burn bridges. Though making a dramatic break from your full-time prison can be tempting, leaving on good terms can lead to business referrals or collaborations. (And if things don’t go swimmingly, you may need your old job back.)

9) Skimp where it won’t be noticed.

10) Project confidence. “You know what you’re doing, so act like it, and make sure you project it,’’ advises Jesse Waites. “Smile, be professional, and do the work you’ve been paid to do with a positive attitude.’’ Waites left his job as a surgery technician at a Boston-area hospital last year to start Beacon Hill Apps, which develops applications for phones.

Posted by Our Business Development at 03:16 No comments: 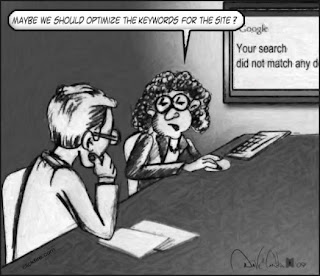 Many businesses who could benefit from a presence on the web or who have a poor site which is under performing, may still be asking just that question. The Internet is good place for either established companies, or new ventures, to grow and develop their business.

A website will help your new or existing customers gain easier access to your products or services and is a cost effective way to deliver customer support and offer general information about your company.

A website can be used as a stand-alone way of generating new business, or as an aid to your Customer Services, Sales and Marketing Departments.

A website is there 24 hours a day, 365 days a year, allowing your customers to reach you outside of your normal business hours and with an e-commerce package you can even make sales when your offices are closed.
Posted by Our Business Development at 03:41 No comments:

1.  Special Offers. Provide special discounts or promotional items for customers who show that they have checked in with Facebook Places during the current visit. The business can use signs in the store, or at the cash register, as well as Twitter and Facebook to encourage users to check-in to Facebook Places to receive the special offer.

2.    Promoting the Business. Word of mouth is one of the most effective forms of advertising--that is why location-based services like Foursquare or Yelp have grown so much in the first place. Encourage customers to share their experience with your business, and engage them to promote the business for you by providing specials or discounts for customers who post photos or reviews of the business, or share Facebook and Twitter updates from the business with their friends.


4.   The biggest benefit that you can get with Facebook ads is the social networking aspect and the trending power. The clicks are also cheaper when you compare it to more traditional paid advertisements like using Google AdWords for PPC.
5.   Your website, physical mailing address, and your phone number are displayed in your listing, which allows customers to find you more quickly and to get the information they need.
6. in your facebook business plan  You will receive more traffic and new customers.

8.  Advantages of Facebook for your business is incredibly highly targeted. It has information on the account holders age, location, education, employment, marital status, interests, and many other valuable pieces of data. Using this enables you to create highly targeted and personal ads, as well as display ads to people in your key demographic.

9.  Facebook is regarded in the kind of top most website dealing with social networking and received popularity in all parts of the world for benefits of facebook marketing. One not only gets in contact with other people but also finds lost acquaintance relatives friends as well as associates by way of social network. Facebook offers respective applications for encouragement of more fans to Facebook as well as also to increase the benefits of facebook marketing.

Represented by:  Ahmed Kayare.
Posted by Our Business Development at 01:23 1 comment:

Our Business Development
Welcome ! Hi ! My name is AHMED ABDISEID ADEN and it is my pleasure to welcome you for visit to my web site. I am a visual Web Designing living and Studing in Kuala lumpur, Malaysia . Today, I am best known as media artist (Online business) but my activities include web design, installation, performance and online business. On this site, I will try as much as possible to give an overview of my current work and projects. Hope you will enjoy browsing through. Regards, Kayare Information: Nationality ETHIOPIA, AGE 22. Studies.. University Islam Antrabangsa Selangor. Final year E-commerce Technology. You can E-mail Us xkeenadiid@yahoo.com Thanks to Allah Every thing i DO!